Throwback for Nintendo In Time For Holiday 2016 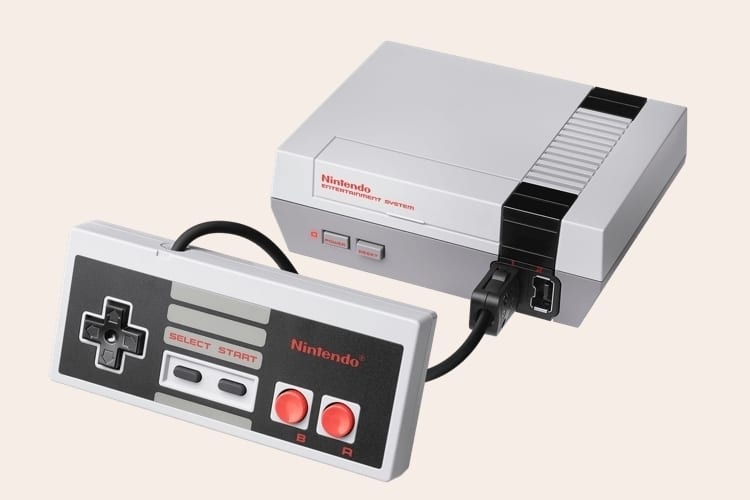 Coming off the recent and ridiculously enormous success of PokemonGo, which raised Nintendo’s market value to $7.5 billion (Reuters), the juggernaut has announced another move which has made the kid in many 30-somethings shout for joy.

This week Nintendo has announced that it is releasing a miniature version of the 1985 Nintendo Entertainment System (NES) named the NES Classic Edition. When the system first debuted over 30 years ago, it undoubtedly started the path of video gaming where today it is a mainstay and is viewed in the same light as going to a movie or watching your favorite primetime TV show.

An explanation for those deprived of the 8-bit area – gaming in its infancy was quite different from the Call of Duty’s, Halo’s and Gears of War’s of today that we all so fondly spend time sitting in front of the TV for countless hours, screaming in celebration – or anger at the pre-teen-multiplayer-god who slaughtered us repeatedly the moment the match started.

Three decades ago, without the technological advances that are commonplace today, Nintendo made some of the greatest games and gaming moments that even today remind long-time gamers of great times that they tie into pinnacle memories that won’t ever be forgotten. Anyone who considers themselves a gamer can practically tell you where they were, who they were with, the time of day, day of the week, month and year when they first beat Super Mario Bros after finishing the 8th level, beating Bowser and FINALLY getting to the Princess after being told 7 other times, “…but our Princess is in another castle!” A good majority of these same gamers can still hum the theme to the first level of this game without missing a beat. How about first experiencing the huge open world in the Legend of Zelda and spending dozens of hours and beating Ganon to rescue their respective Princess? (there seems to a be theme). Apparently, Nintendo has caught this nostalgia bug and is looking to help the long-timers relive these moments again and also introduce these moments to others who couldn’t be around during the 80s.

The NES Classic Edition is scheduled to be released in the US on November 11th of this year for $59.99. This package comes with the unit and one controller. Extra controllers can be purchased separately for $10. The mini replica is a fraction of the size of the original NES and comes pre-loaded with 30 of the better classic games from the era. Some of the games being included are Super Mario Bros 1, 2 and 3, The Legend of Zelda, the original Final Fantasy, Punch-Out and Donkey Kong. I know where many people will be the morning of November 11th – including myself….