Save Money and Optimize your Microsoft Office 365 Licensing 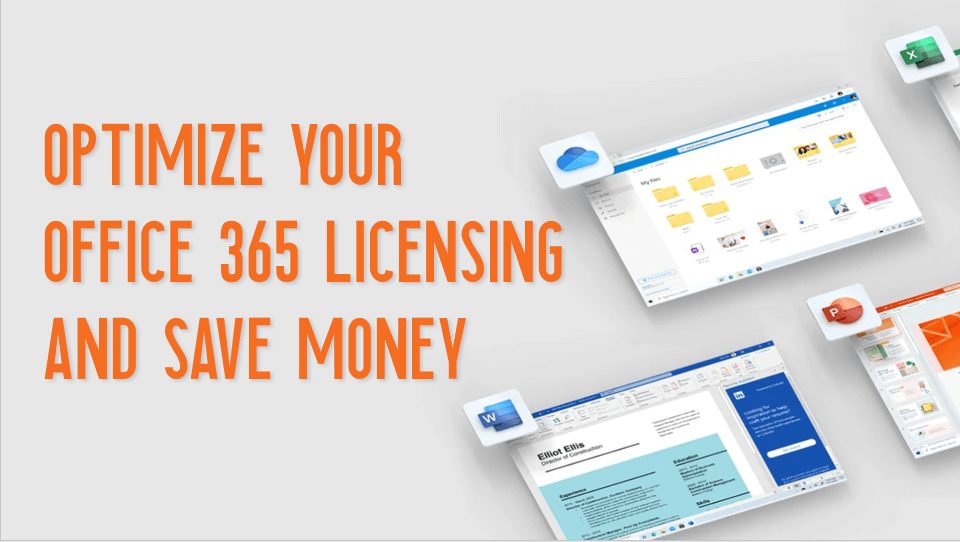 Saving money is on the top of every company’s mind today, and one way to do so is through optimizing your software spending. The regular review of your software utilization and spend is an important part of managing your IT department effectively. In this article, we’ll cover how you can evaluate your Microsoft and Office 365 licensing to ensure you’re using the correct plan.

Microsoft offers several different licensing plans for their industry-leading Office productivity suite. These plans are offered in two different lines for what they classify as small businesses and enterprises. As a Microsoft Gold Partner, PEI runs into many organizations that are “over licensed” and could move down to a less expensive plan without a loss in needed functionality.

With constantly evolving licensing packages and new offerings being built, your original justification to pick one of the Office 365 Enterprise plans (over one of the Office 365 Business Plans) in the past may no longer apply. I’ll finish this article with a list of potential scenarios where it could prove advantageous for your business to switch plans and reduce costs.

First, let’s outline some of the major differences between the Business and Enterprise Plans. Then I’ll walk through scenarios where you may want to make changes to your licensing.

As of April 2020, Microsoft has changed their naming scheme for many of the Office Business 365 plans, so I’ll use the new names in this post.

The Microsoft Business plans have several limitations that push many organizations upwards to the Office 365 Enterprise plans.

Below is a breakdown of only the differences between the Microsoft Apps for Business and Apps for Enterprise plans, not a summary of all features. This is also only a breakdown of the entitlements with included as part of the “Apps” packages. Going with one of the bundle plans can change some entitlements. For example, Microsoft 365 Business Premium would provide Shared computer activation and Windows Virtual Desktop.

If you’re currently leveraging the Enterprise plans to license users for a hybrid environment, this will not be compliant with the Business plans.

For example, if you use Exchange Online but still have SharePoint or Skype for Business on-premises and are using your E3 licensing for users, you would not be able to drop down to a Business plan

This is probably one of the biggest determining factors and depends on how you’re managing users and computer accounts.

If you use Group Policies to manage your Enterprise-licensed users, you will not be able to do so if you drop down to the Business plans. Group Polices are a highly important for enforcing security policies, ease of management, and large-scale administration. If your organization has invested lots of effort into group policy around your Office 365 administration, this may be a stopping point for looking at the Business plans.

Voice functionality is another popular reason for going the Enterprise route, and up until the release of the Microsoft 365 Business Voice plan in April of 2020, the Enterprise plans were the only option for organizations who wanted to use the Phone System and Audio Calling capabilities of Office 365.

With the new plan, you can now add all of Microsoft’s VoIP functionality to your Office 365 users at the Business level for $20/user/month if you’re going to use Microsoft as the voice provider. This includes a Phone System, Domestic Calling Plan, and Audio Conferencing license for each user. There’s a cheaper option if you’re looking to go with direct routing and cut out the calling plan license.

While this was traditionally a roadblock for many businesses to achieve the price savings of the business plans while also using the Teams Voice functionality, this is no longer the case. Many of the organizations who chose an Enterprise plan solely on this factor may find it advantageous to now move down to one of the Business Plans.

Additional Considerations for Switching Your Licensing

One very important piece of making the switch down to the Apps for Business, is remembering that this will require an un-install and re-install of Office (Apps for Business), so it’s not as simple as making a licensing change and going about your day. There’s a manual approach and an automatic approach, and you need to take a look at which approach works best for your organization.

If your users would not be affected by any of the feature differences above, then it’s a good time to explore the different scenarios below.

Keep in mind, you can mix and match Enterprise and Business plans, so let’s say your accounting team uses Excel Spreadsheet Compare & Inquire, but no other team does; You can keep them on Enterprise plans and drop the other users down to Business plans.

This is the plan I see the most within organizations. It provides all the local downloads of the applications, as well as the primary services an organization might have looked for when initially moving to Office 365 (Exchange Online, SharePoint Online, OneDrive).

If your organization is currently licensed for Office 365 E3, there’s two viable options. Below is a breakdown of only the differences between the plans, not the full entitlements of each plan:

Unless you’re looking to drastically change your users’ entitlements, the two primary options to change to would be Microsoft 365 Business Standard or Premium.

The main questions you can ask yourself are as follows:

Is your sole goal reducing costs?

If yes, the move would be to transition users to Microsoft 365 Business Standard and save $90/user/year. There would be items that you would no longer be entitled to, but if those don’t affect your business, then this is the best route.

Is your goal to increase security and better management for my users and devices?

An additional huge selling point of the Microsoft 365 Business Premium subscription is the entitlements to upgrade to Windows 10 Pro for any legacy windows system (7, 8, 8.1 pro) without additional cost. For most clients, this plan provides the greatest bang for their buck and is one of the fastest-adopted Microsoft subscriptions we’ve seen at PEI.

This one is little trickier to drop down from, assuming you’ve turned up many/all of the advanced features it provides. Office 365 E5 is a robust plan that includes many solutions for security, compliance, and collaboration, but it’s not impossible to drop down and optimize your software licensing if certain features aren’t essential. Below is the breakdown of the differences (not all the plan entitlements) between Office E5 and the only other plan I would recommend if you’re below 300 users, the Microsoft 365 Business Premium Plan.

With Office 365 E5, there’s likely one of several drivers for why this plan was originally purchased that would impact whether or not there’s a better plan for your organization.

Do you have compliance needs that these solutions are addressing?

If yes, then I would advise staying on the Office 365 E5 plan. Between the Advanced data governance, Advanced eDiscovery, and Customer Lockbox, there’s no other plan that will provide those solutions without increasing costs.

Are you on this plan primarily to get Power BI Pro with your Office 365 Apps?

If yes, it may be advantageous to move down to the M365 Business Premium license ($20/user/month) and add the standalone Power BI Pro license ($10/user/month) and end up saving $5/user/month. You would lose some of the compliance features, security features (O365 Cloud App Security, O365 ATP Plan 2) and communication suite (Microsoft Phone System & Audio Conferencing), but if those are not being used today, the savings may be worth it.

Do you have the Microsoft Phone system deployed for your users?

This is the most common reason in my experience for organizations to originally license their users for O365 E5. If this is your primary reason, then now might be a good time to drop down to Microsoft 365 Business Premium and add the newly released Business Voice Plan. Below is the breakdown of how the plans compare price wise if you’re using Microsoft as your full voice provider.

I would make the argument for this being a better strategy under the assumption that you’re not needing the Power BI or the compliance solutions.

However, if you answered yes to more than one of these questions, then your best bet is to likely stay with Office 365 E5, as it’s the most comprehensive package to address your needs.

This is probably the simplest comparison to make, as there’s almost complete feature parity between Office 365 E1 and Microsoft 365 Business Essentials. Below is a breakdown of the differences between the plans.

Seeing as these plans are almost identical, and are typically assigned to lighter IT users, if you’re below 300 users, it’s a no brainer to drop down and save $3/user/month, or $36/user/year.

Given that M365 Business Premium includes Office 365 ATP Plan 1 and M365 E3 doesn’t, I’d make the argument that it’s a more comprehensive plan, and $12/user/month cheaper. If your organization is below 300 users and none of the items above are essential to managing your Office 365 users, then dropping down to M365 Business Premium would be a great way to save $144/user/year without giving up much.

This one is tricky to advise dropping down from, as companies that have selected this plan have typically gone all-in with Microsoft, see the wholistic vision for Microsoft addressing many business needs, and have integrated systems to allow for a smaller team to manage many solutions. This is by far the most comprehensive licensing package that Microsoft provides, but there are certain ways to mix plans to get only exactly what you need if everything included with the Microsoft 365 E5 plan is too much. Below is a breakdown of only the differences between the two plans, not all the entitlements that they come with.

As you can see, there’s a tremendous number of workloads that are included with the M365 E5 package that is lacking from the E3 solution. The primary areas that are covered are solutions relating to compliance, security, and collaboration and depending on if you’re looking for a solution that covers just one of those focus areas, there is a potential to pair the M365 E3 package with one of the other bundles that are available.

As you might be able to tell, there’s no easy button for determining which Microsoft subscription best matches your organization’s needs. Our goal at PEI is to simplify the licensing options, learn about your business, and customize a licensing strategy for you. If you are interested in having a free discussion with one of our licensing experts to learn about how we can help you optimize your licensing, please reach out to info@pei.com or call (303) 974-6881 and we’d be happy to set time to speak. 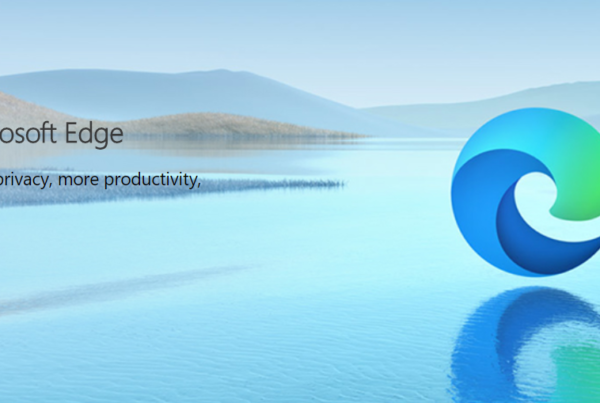 Make the Switch to Microsoft Edge 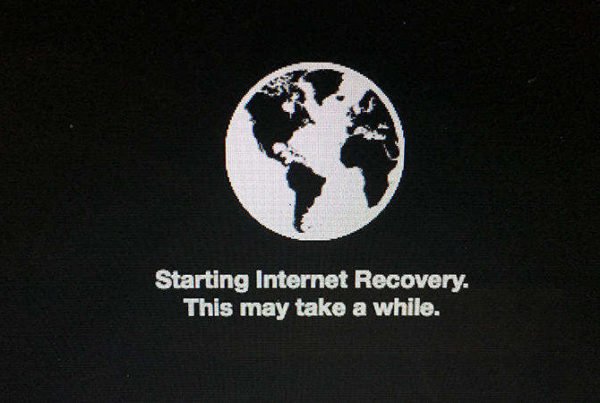 Internet Recovery Mode: How to Build a Mac From Nothing 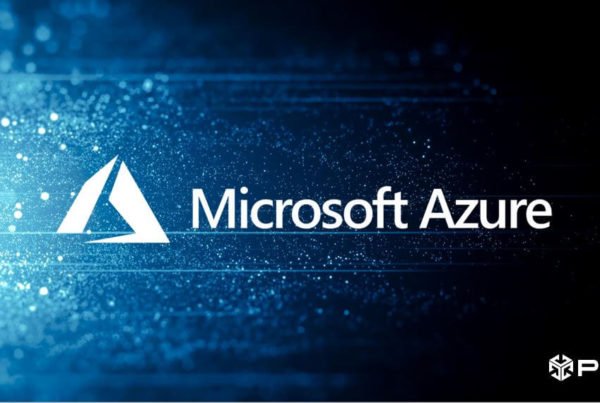 How to Reset the Admin Password for an Azure SQL Database